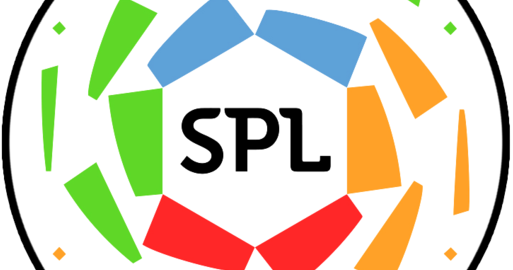 In this project I analyzed and predicted the Saudi Professional League matches. In it, I wanted to show common trends and answer some questions that I have always wanted to answer about the league. e

I wanted to know, is having a clean sheet (zero goals against you) give you higher chance to win the title? How many teams teams won the title in the past 10 years and how many clean sheet they had in all their matches? e

Analyzing and predicting football matches is not easy and creating the perfect model is hard because you need a lot of data about each team and player to be able to create the best model. You will also need a lot of data that you can't always get such as motivation, team mentality, team manager tactics and other outside factors. e

While working on this project, I found that feature engineering can make a difference to my game predictor model. In this project, I started with 33 features and came out with around 60 features (more than 25 new features). Having new features that you can come up with from the current data you have can give you more insights about your data. For example, showing team previous goals for and against can tell you how strong is the team line up and how many goals they can score. It can also tell you how strong team defences by seeing how many goals they conceded before current game. e

In the project, I tried to analyze and answer the following questions: e

Do home team win more at home or away? e

Who are the most valuable players, the players with the most wins? e

Does clean sheets help you win the title? e

Home teams have higher chance to win games at home 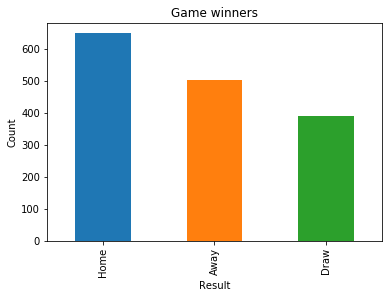 From the data I have, I found that home teams win more home matches (around 650 game) than away (around 500 matches). This can tell that home stadium and home team fans can sometimes be a factor on helping a team win matches. e

Most valuable players are defenders 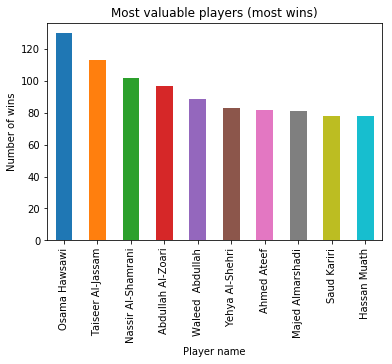 This might be not a surprise for football analyzers, because in order to win a game you must have good defence first. In the graph above, you can see how many each player won a game, out of the ten players, there are 4 defenders (Osama Hawsawi, Abdullah Al-Zoari, Majed Almarshadi and Hassan Muath), one goalkeeper (Waleed Abdullah) and three defensive midfielders (Taiseer Al-Jassam, Ahmed Ateef and Saud Kariri) and one player maker (Yahya Al-Shehri) and one striker (Nassir Al-Shamrani). e

One a side note, all ten players are Saudi's which tell you that the participation of foreign players in the league not very high, there might be some foreign players that help a team win the title, but they don't stay for a long time with the team. e

Winning titles is not about clean sheets 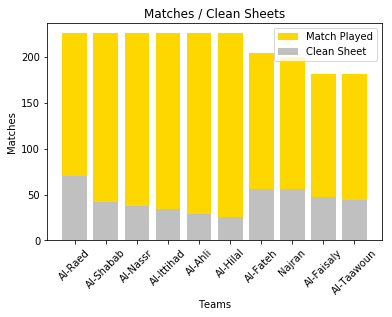 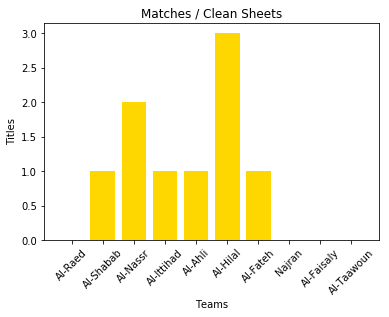 Teams and fans are always happy when they come out of a game with a clean sheets, and it might help sometimes to win a title to have a lot of clean sheets, but not always. The two graphs above show how many teams played matches in the past nine seasons, and how many each team have clean sheets. e

We can see that the highest team with clean sheets was Al-Raed, which is a mid-level team (not from top four). With having the most clean sheets with around 70 games without conceding goals, Al-Raed never won a title. What is interesting is, the team with the least clean sheets, Al-Hilal, had the most titles in the nine years, with three titles. e

Al-Hilal played 206 matches in the past nine years in the league and the team clean sheet matches are around 25, yet the team manage to have more titles than any other team in the Saudi Professional League. e

In this article, I analyzed a dataset of the Saudi Professional League from the past nine years, and saw some interesting numbers and results. e

Having the the best defence doesn't always help you win the title, clean sheets doesn't matter but the quality of a players play more role on helping you win a title. e